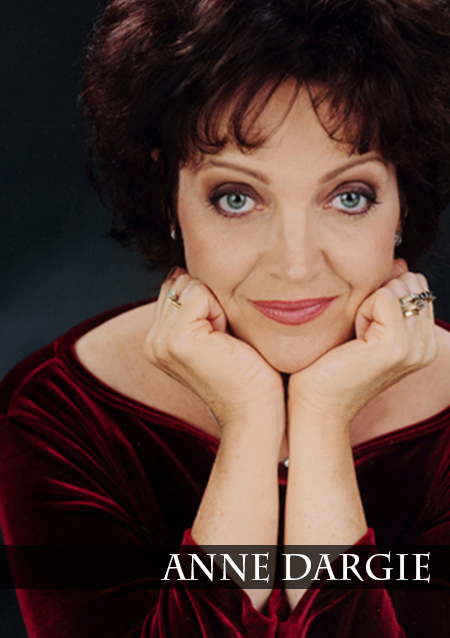 Annie Dargie is no newcomer to show business. She began her career at the tender age of seven when she appeared on the Delo and Daly Show.

She hails from a famous show business family, her mother was Tivoli dancer Betty Glew and her father was the renowned
Horrie Dargie.

Anne and her sister Lynne made up Australia’s best known sister act “The Dargie Sisters”. They are remembered for their long term appearances on The Mike Walsh Show and toured with overseas acts John Inman, Acker Bilke, Warren Mitchell, Reg Varney, Dick Emery, Max Bygraves, Burl Ives, Tony Martin and Billy Daniels. They appeared in such venues as The Sydney Opera House, The Sydney Entertainment Centre and entertained passengers on board the very exclusive Royal Viking Line. They also toured extensively overseas.

Since the death of her beloved sister, Anne has decided to continue working. She is currently appearing with her husband Reg Denver in a tribute show to Roy Orbison, which is receiving
full houses all over the country.

Recently Anne has released her brand new CD entitled “Dreaming”, which she has dedicated to her family.